Skip to content
You are here
Home > Research and Publications 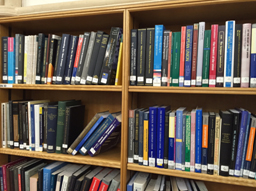 Research on EU enlargement and enlargement-led Europeanization has been theoretically build upon and empirically tested on previous candidate countries from Central Eastern Europe (Sedelmeier 2011). Acknowledging the evolution of EU enlargement policy, the potential implications of the previous enlargement rounds as well as the differentiated context of the new potential candidate countries from the Western Balkans, it is imperative to empirically enrich and theoretically revisit EU enlargement and enlargement-led Europeanization literature. The few recent studies on the Western Balkans, deal with specific issues and/or countries (e.g. Bache et. al. 2011 on regional policy; Freyburg & Richter 2010, Subotic 2011 on identity; Fagan & Sircar 2010 on environmental sector in BiH; Elbasani 2009 on public administration in Albania; Noutcheva 2009 on statehood issues; Trauner 2009 on justice and home affairs; the Journal of Southern Europe and the Balkans 10/2, 2008 on party politics) and are insufficient, especially when compared with studies dealing with the rest of Europe. Thus, more comparative and comprehensive studies across issues and countries are needed in order to understand EU enlargement politics and its impact in the Western Balkans.

The WBINTEG Working Group Initiative is composed of consortium members from different universities and think-tanks that will offer in-depth analysis of issues related to EU Enlargement and Europeanization of the Western Balkans. The WBINTEG Working Group is an open forum to discuss on the future and the challenges of the EU accession of the Western Balkans.

The aim of the WBINTEG Working Group is to strengthen the long-term collaborative network of researchers and practitioners from European academic institutions and think-tank associations actively studying and working on issues of European Integration and Western Balkans. The main objective of the WBINTEG Working Group is to foster quality research and studies as well as provide joint initiatives on European Integration of the Western Balkans. 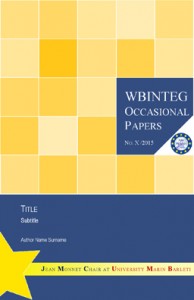 The Jean Monnet Chair at University Marin Barleti publishes work-in-progress research related to EU Enlargement and its Impact on the Western Balkans.