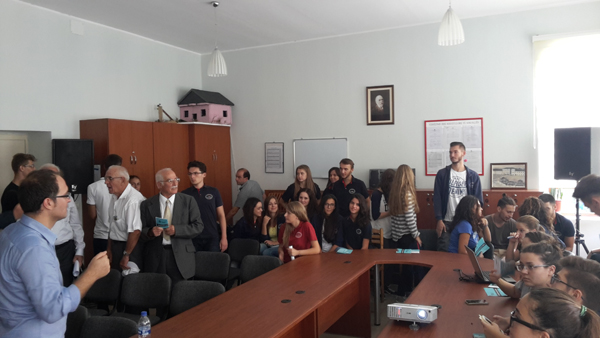 The forth public meeting was held in Shkodra, with participation of high school students and civil society representatives. The Deputy Head of Mission of the Embassy of the Kingdom of the Netherlands, Mr. Jurgen van Meirvenne underlined the culture of tolerance of Shkodra people and the well known coexistence between the three religions in the town. He noted how he was fascinating to see a mosque and a church sharing the same street and applauded the Albanians for using religion as a means for private enrichment of daily life.

All speakers appreciated the importance of tolerance and collaboration between three religions in Shkodra for the development and the prosperity of their town. Mr. Mit’hat Dibra, the chair of Universal Peace federation in Shkodra presented a history of the good relations and coexistence in Shkodra illustrating with facts and data. On the other hand, Mr. Ali Lacej, representative of Civil Society explaining the importance of the religion to the people stressing that Albania and Shkodra as well is unique for the religion coexistence and harmony.

For this reason it is a value to be transmitted from one generation to the others. Dr. Ervis Martani spoke about Intercultural Dialog in the Europe linking with Albanian viewpoint as an added value.