Skip to content
You are here
Home > Articles > Kosovar Multi-Layer Identity: What is the Same, Different and in Common with Albanian Identity

The debate on Whether and what a Kosovar identity may be, is a delicate subject overloaded with political nuances. In this article, I elaborate on the concept of ‘nested identities’ and propose a model of how one can conceptualize Kosovo’s identity. The model onsiders identity as a multi-layered concept with national (cultural) identity as a first order concept, state (political) identity as a second-order concept and supra-state (European) identity as a third-order concept where the latter encompass the former. As an implication of this model, perceptions of identities need not to be abandoned but rather expanded and nested into one another. Thus, the Albanian national identity remains the first-order identity for Kosovar-Albanians and there is no need for another national identity to be invented. However, building on and consolidating a democratic political identity as well as embracing ‘European’ values and norms within self-defining narratives are vitally important to sustaining this multi-layered Kosovar identity. 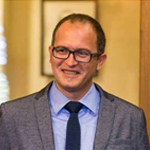