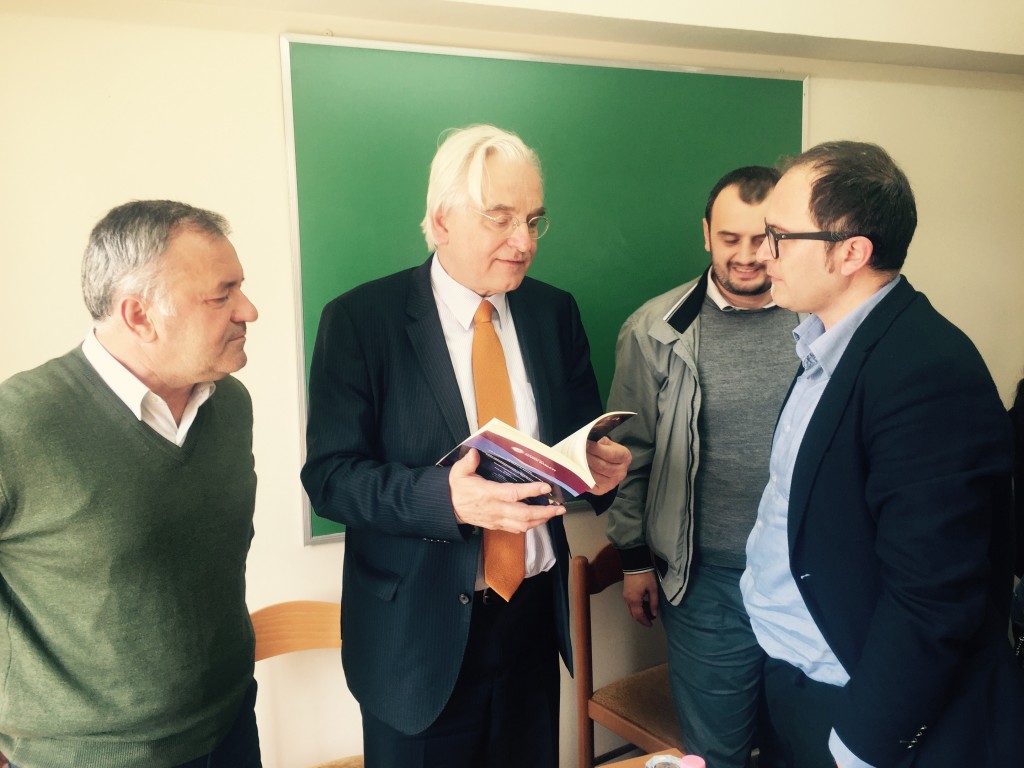 The ambassador of Germany in Albania, Mr. Hellmut Hoffmann gave a lecture about Germany and Albania in a comparative perspective as well as some general remarks on Albania’s EU integration process.

Ambassador Hoffmann in his talk presented shortly the historical relationships among the two countries and the changing public perception. Then, in a comparative perspective, he analysed some common issues between Germany and Albania seen from different view points, such as the longstanding political polarization in Albania, as opposed to the ‘grand coalition’ model of the willingness and ability to cooperate with political opponents; the degree of politicization of the public service; the approach towards territorial adjustment and the protection of the environment; the different understanding and approaches towards poverty reduction; and the issue of dealing with the past. Ambassador Hoffmann, also argued on the reasons why Germany is a strong supporter of both the deepening (further integration) and widening (enlargement) of the European Union. At the end of the talk, Ambassador Hoffmann focused on the challenges Albania is facing towards its integration goal, and the best models that Albania could offer to Europe and beyond, such as the religious harmony and the constructive regional policy.